Chronicle of the Konrad Pumpe GmbH

The K. Pumpe GmbH has its origins at the beginning of the 19th century. There are documents according to which the master blacksmith Bernhard Lange had a blacksmith's shop with an agricultural business in Sendenhorst house no. 56 (there were no street names yet). His successor was the master blacksmith Heinrich Lange, whose marriage produced the children Josefine and Anton. The photo showing Heinrich Lange, his son Anton, an uncle and a journeyman dates from this time (around 1900). At that time, simple tools and machines for agriculture were manufactured. In the photo you can see a straw chopper.

As the successor Anton Lange died at a young age, the daughter Josefin hat taken over the business from her father. Josefine married the master blacksmith Conrad Pumpe from Freckenhorst in 1921, who continued the business.  In 1927-28 the old house and forge were replaced by a new one. Sendenhorst now also had street names. The new house was at Oststraße 15, and the blacksmith's shop was extended to include a household and hardware shop. The photo shows the house at Oststraße 15 with the forge (approx. 1950).  In 1953, the son Konrad took over the blacksmith's shop. In the following years, the blacksmith's shop was expanded into a locksmith's shop with agricultural machinery trade. In the mid-1950s, farming was abandoned. The stables were demolished and used as the companies premises. The house at Oststraße 15 was rebuilt at the end of the 1960s. The smithy was converted into a shop.

On 1st March 2001 a new production hall with ancillary rooms on this site was occupied. With this new building the production area was extended to 2600 m2.. In addition a storage area and a car park for customers and employees of 5000 m2 is alsoavailable. With this investment the development potentialities of the company are assured.

On 15th December 2003 at Schmörmelweg 24, where previously only production took place, a new spare parts storeroom and a shipping warehouse were taken into operation. With the transfer of the administration staff into new offices all departments are now to be found at this site.

In January 2006 the office accommodation was doubled in size with a further extension. This extension stayed abreast of the changes in the business.

2010 construction of a 3-storeyed office building and training rooms (disabled accesses) with a total area of 500m².

2011 started the construction of a new business department with cutting manufacturing.

2013 Implementation of a storage system for flat material. 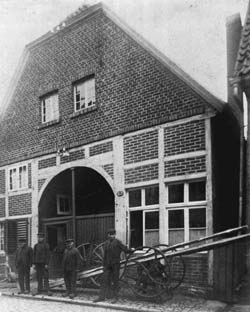 Heinrich Lange, his son Anton, an uncle and an assistant. (About 1900) 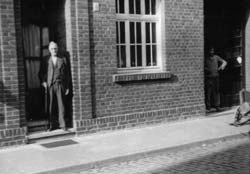 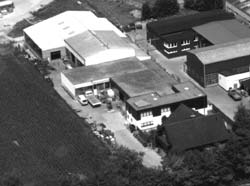 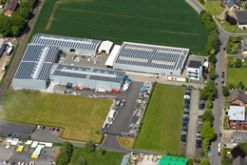